Because of Saffron’s unique flavor and powerful coloring it’s an important tool in any chef’s arsenal. YouTube is a wonderful tool to be able to learn a recipe but also visually mimic the styles of an expert chef. Below, you’ll see some of our favorite picks for cooking with saffron, and even a few traditional treats about the source of this spice.

Perhaps the world’s most famous celebrity chef, blunt and fiery Gordon Ramsay holds seven Michelin stars and his restaurants have taken a total of sixteen. In the below videos we get a look at few ways he likes to use his saffron.

How to Make Garlic & Saffron Mayonnaise by Gordon Ramsay


In this Gordon Ramsay double header he doesn’t create a dish, but rather saffron infused mayonnaise. The first step is again soaking the saffron in hot water to pull the flavor from the saffron threads. The cooking method behind the mayonnaise is fairly standard, but the end result is a spread that’s perfect for anything you would normally use mayonnaise on. This well-known British celebrity chef was the star of BBC television show “The Naked Chef”. Hailed as a master of “approachable cuisine” - food for the every man without too much haute couture, that is said to sometimes permeate the European Culinary world. His youtube food network features chefs from all disciplines. In this video, Chef Omar Allibhoy throws down on authentic Spanish paella.


Before using the saffron for the paella, it is first toasted. Toasting the saffron in the frying pan sandwiched between tinfoil may increase the smokiness and aromatics of the dish. In the last phase of cooking the paella, just before the rice is introduced, the saffron is added to the boiling stock, and allowed to infuse. As the rice gets added, it takes on the color and flavor profile of the saffron which is an absolute key to this dish. Business woman and chef turned American celebrity chef, Rachel Ray’s cooking style prefers quick dishes that everyone can do under the gun of a busy lifestyle. In the below video Rachel Ray demonstrates how to make a delicious spaghetti primavera with saffron as the star spice.

How To Make Spaghetti Primavera with Saffron by Rachel Ray

Similar to how Gordon Ramsay prepared his saffron, here she “blooms” the saffron in a dish of water to pull out the color and flavor. After the pasta is emulsified with butter and starchy water, the saffron is added to the mix. Not the instant color transformation that is a hallmark of this dish.

Less involving the actual cooking of saffron and more about professional curiosity, Food Ranger travels to Iran’s million dollar saffron bank and asks “where does it come from?” Follow food ranger through several areas of Persian cooking and right into the saffron fields for the harvest. This video is a highly recommended good time for anyone who loves this spice and wants to not just learn about saffron, but see more about its traditional nature. 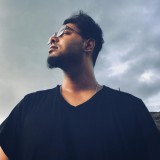 Using saffron in the kitchen is easy. Once we convert your saffron threads into an oil, the sky is the limit. You can use it on absolutely any dish you regularly cook with an oil just to play with it. You may just discover a new rock star. Traditionally, Saffron has been used for everything from perfume to a digestive aid. It’s no great stretch of the imagination to believe that in ancient era medicine it has also been used as an aid to ease in the passing of PMS.